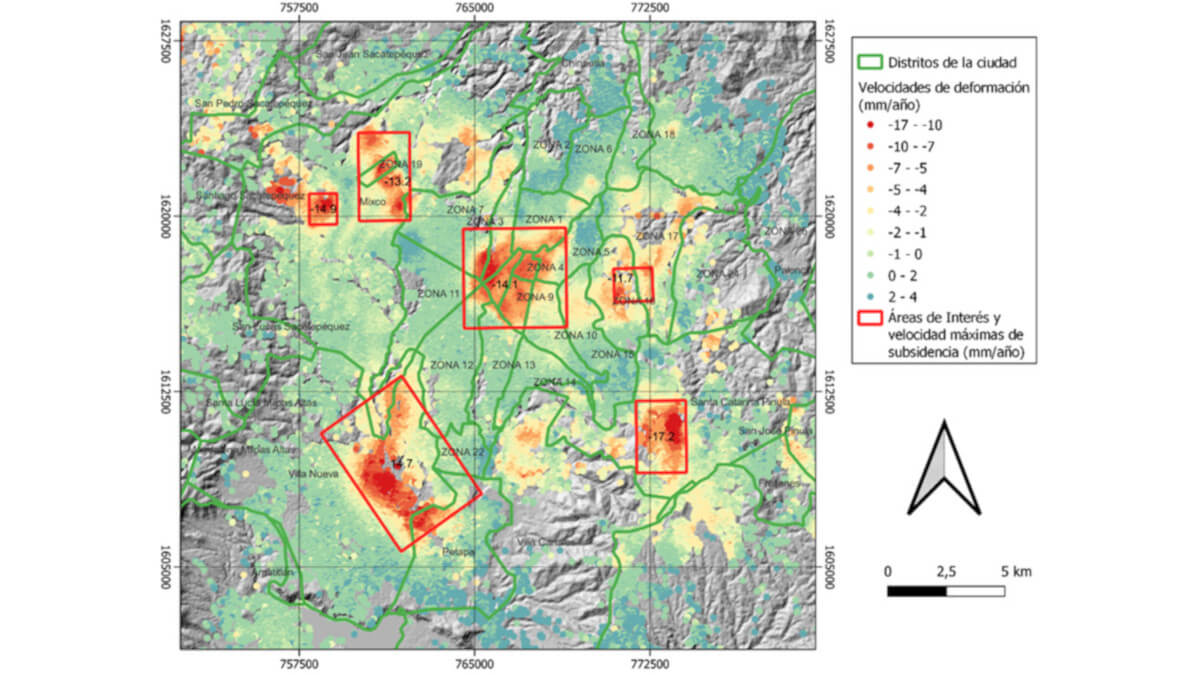 InSAR technology provides valuable information for cities that depend on groundwater for their water supply. The exploitation of aquifers can cause ground deformations that affect all types of infrastructures in the urban environments.

In addition, monitoring deformations with InSAR provides high-resolution information on the variation of the water table and therefore on the rate of groundwater exploitation/recovery.

The Guatemala City valley can be defined as a graben bounded by the Pinula and Mixco faults to the east and west, respectively.  The Metropolitan Area of Guatemala (AMG) had a population of more than 5 million inhabitants in 2015, making it the largest urban area in Central America and the 89th largest metropolitan area in the world. Exploitation of the aquifer on which the AMG is located accounts for more than 50% of the total resource used for municipal water supply.

The exploitation of the city’s aquifer causes ground subsidence that depends on both the geology and the levels of exploitation of the aquifer. InSAR analysis has been carried out to describe the ground deformations produced in the AMG from January 2017 to September 2021.

A total of 580,872 persistent points were obtained with the corresponding time series of deformation. The results allow us to identify six areas with high values of subsidence rates and therefore these are areas with clear subsidence processes in the analyzed study period.