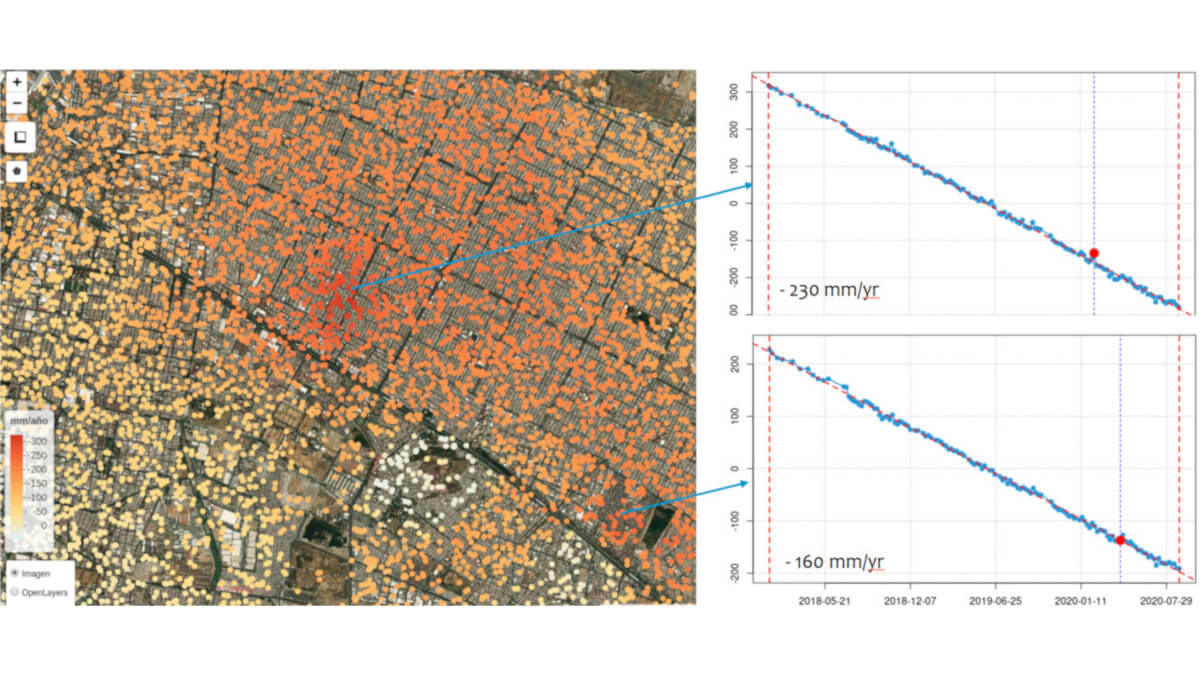 In this project we have characterized the rate of ground subsidence in Mexico City since 2016. The high spatial and temporal resolution of the ground settlement mapping generated in the project has supported decision-making in the design and construction of various sections of an urban highway in the city.

Large part of Mexico City is located over lake deposits that experiences a very strong subsidence phenomenon. This phenomenon is caused by the exploitation of the aquifer. In some parts of the city, the rate of subsidence reaches values of more than 20 centimeters per year.

To describe this process, historical time-series of movements and deformations have been generated from January 2016 and August 2020 using the PSI (Persistent Scatterer Interferometry) technique. Specifically, we have analyzed images in the Interferometric Wide swath (IW) acquisition mode from the constellation of twin Sentinel-1A and Sentinel-1B satellites of the Copernicus Programme of the European Union.

Line-of-sight (LOS) motions have been obtained in the two acquisition geometries, ascending and descending. Subsequently, these movements measured in LOS have been decomposed into vertical movements and movements in East/West planimetry.