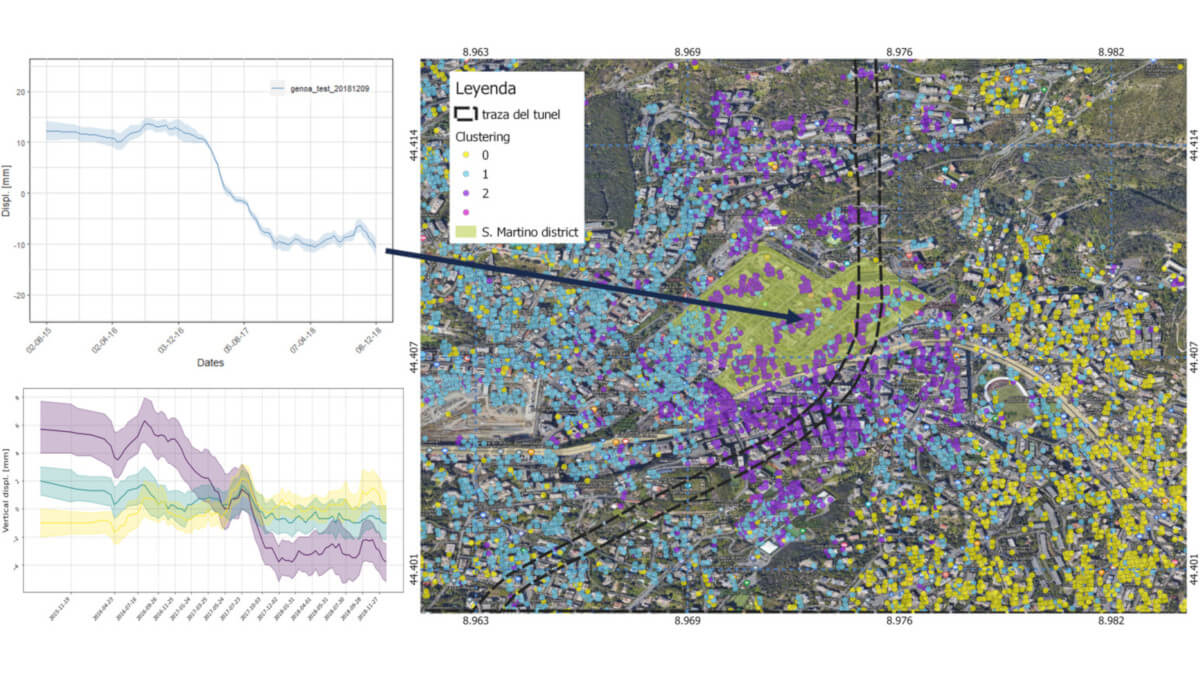 InSAR technology allowed the characterization of the evolution of ground deformations produced by an overflow tunneling project in Genoa (Italy). The AI layer developed by Detektia automatically and objectively identifies areas and buildings affected by the tunnelling works. In addition, the structural health indices developed by Detektia quantify the affection in each of the buildings near the trace of the tunnel.

The generated alerts allow the identification of conditions that may go unnoticed by the in-situ instrumentation deployed on the surface.

This case study shows the evolution of ground subsidence in and around the San Martino district during the construction of an overflow tunnel in Genoa (Italy). The tunnel was excavated from the coast to the north under a densely built-up area with large building complexes where significant cumulative displacements of up to 30 mm were detected during the tunnel excavation. Until mid-2016, there were no records of displacement in this area. 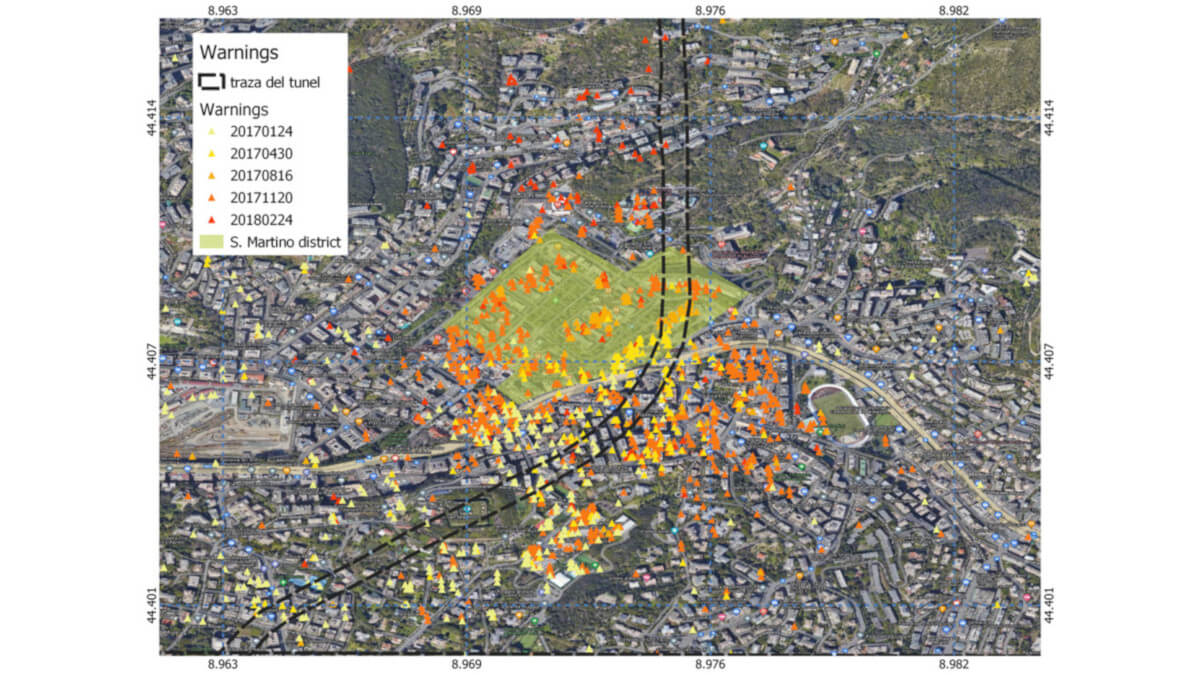 Automatic alerts generated by Detektia show how subsidence shifts northwards from mid-2016 to the end of 2017, coinciding with the advance of the tunnelling front. Ground stabilization occurred in an interval of five to six months depending on the area affected. 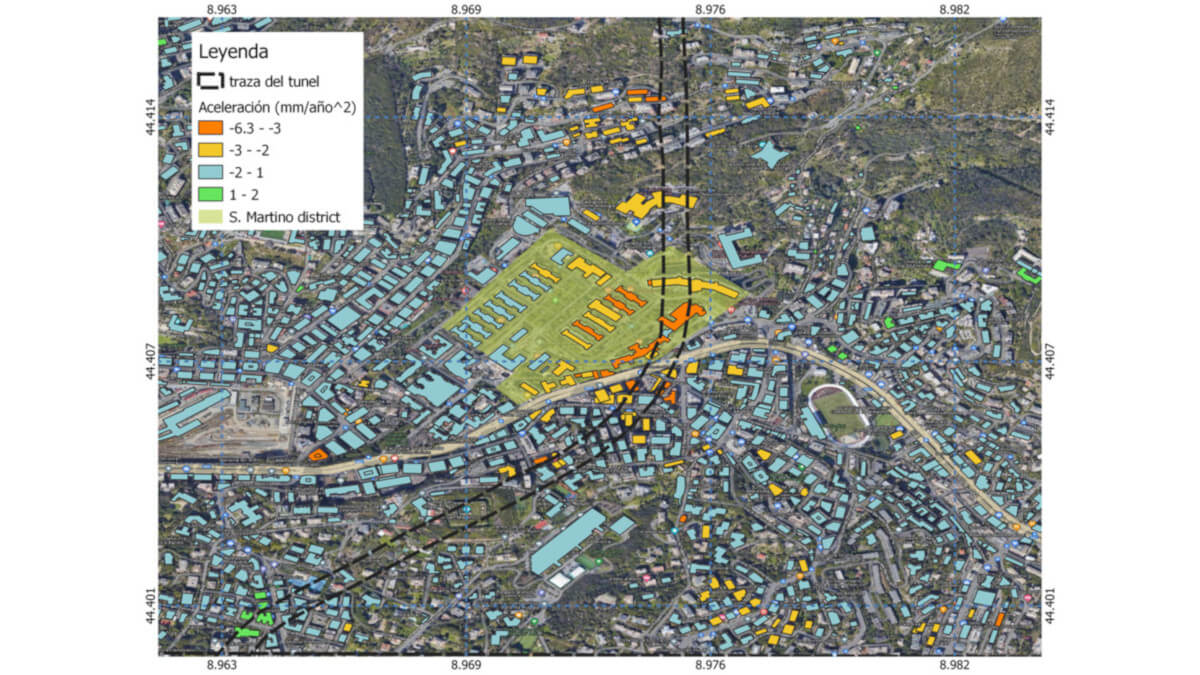