DInSAR technology has measured the deformations produced in the Sardoba dam prior to its rupture in May 2020. The generation of time series of movements in the two satellite acquisition geometries (ascending and descending) has allowed decomposition of the movements in the vertical axis and in East-West planimetry.

The results show a differential deformation pattern in the East direction right in the rupture area.

On May 1, 2020, a large area of the Sardoba reservoir dam in the Sirdaryo region of Uzbekistan collapsed and flooded more than 35,000 ha in Uzbekistan and Kazakhstan. Six people died and at least 111,000 were evacuated from the Syr Darya river basin. In the present work, the deformations of the dam walls before the dam breach were evaluated using DInSAR technology. Specifically, we analyzed 27 Sentinel-1A images in descending geometry and 31 in ascending geometry, from May 2019 to April 2020. 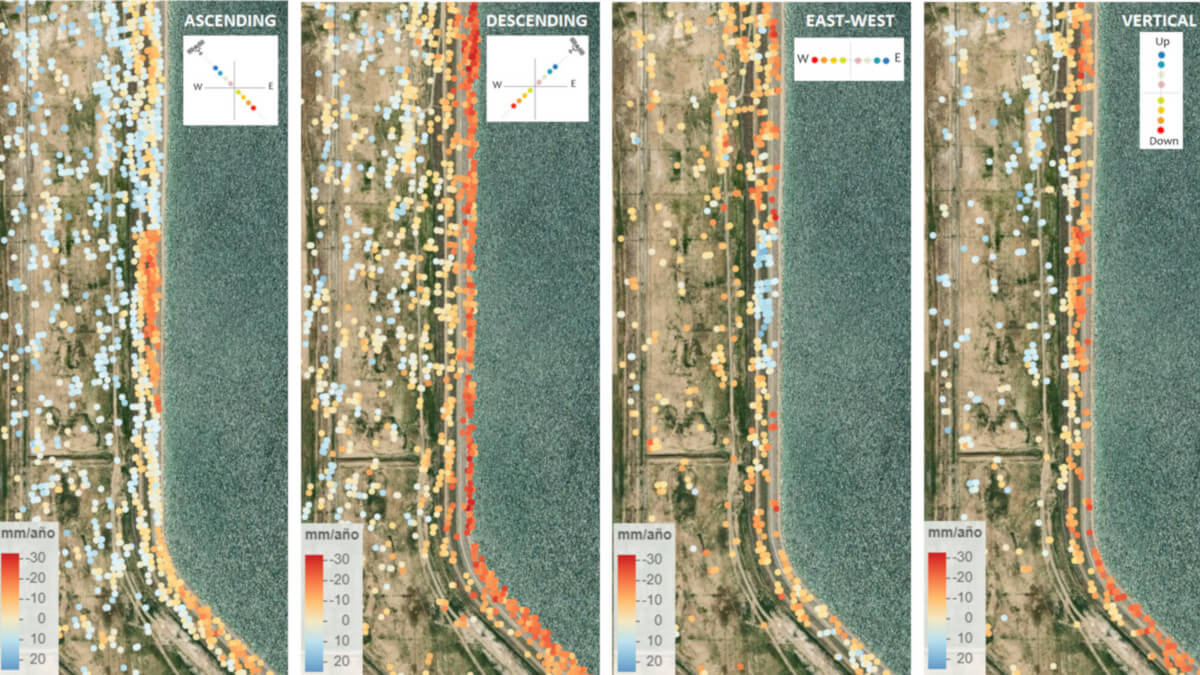 Measurement of dam motions from the two satellite acquisition geometries allowed decomposing the motions into vertical (subsidence and uplift) and horizontal on the east/west axis. The results show a consistent pattern of deformation in the east direction of the collapsed section of the dam wall prior to failure.