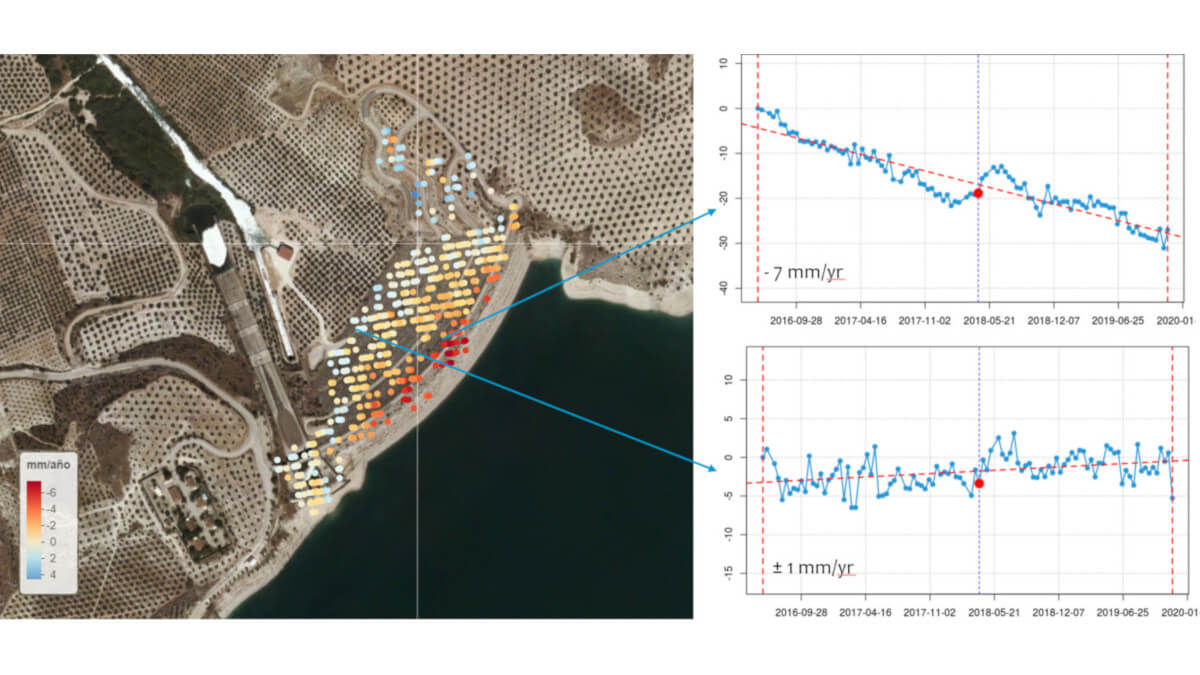 The results show higher settlement velocities (up to 6-7 mm/year) in the central part of the dam crest. A normal behavior for an earthfill dam that is 25 years old.

Vadomojón reservoir belongs to the Confederación Hidrográfica del Guadalquivir, has a capacity of 163 hm³ and its sheet of water covers an area of 782 ha. It is one of the most important reservoirs in the Guadalquivir basin.

This earthfill dam has a clay core built between 1993 and 1997 to control the risk of flooding of the Guadajoz river, also offering the possibility of irrigation. This reservoir also hosts the headquarters of the Albendín Nautical Club. A hydroelectric power plant was completed in June 2015, with a capacity of 2.725 megawatts.

InSAR results show maximum settlement velocities of 6.46 mm/year at the dam crest. Deformation velocities at the base of the dam are around zero mm/year. The results also show how it is possible to accurately describe the seasonal thermal movements of some of the concrete structures present in the dam.